Sgt. Craig Littles, a native of Memphis, TN and dedicated single father of 3 wonderful children (Yarkeva, Morgan and Branson Littles) has been an amazing leader and example of tenacity, endurance and bravery amongst his peers and youth in the city of Memphis. Sgt. Littles is a proud Alumni and 2012 Hall of Fame inductee of Trezevant High School and honored graduate of Shelby State Community College (Southwest Tennessee Community College) and Christian Brothers University.

The passion and purpose of such successes evolved from childhood therapeutic measures such as sports. With 25 young boys and 5 young girls with the same ambition, growing up around drug infested crime stricken and low poverty neighborhoods such as Getwell Gardens, Hurt Village, Ridgecrest and Walter Simmons Projects, Sgt. Littles founded MBI. As young visionaries, they all were inspired to become mentors to the attention starved youth from mostly single parent households. This enthusiasm coupled with diligent efforts proved to be a springboard to success for many of the youth in the city of Memphis.

Growing every day, MBI now serves approximately 200 to 250 boys and girls participating in basketball, baseball/softball, cheerleading, football and track/field utilizing the dedicated assistance of over 80 professional adult volunteers. With an ever-evolving curriculum, MBI also provides life skills, training mentorship and tutoring programs. MBI works diligently to offer programs that ensure their youth obtain the general concept of sportsmanship, teamwork and love for their community. The program fosters a gateway to diversity, cultural awareness and positive experiences.

Formed in 2017, Sgt. Littles discovered a remedy to the statistical juvenile success decline amongst our youth. From the national partnership with National Police Activities League (NPAL), Sgt. Littles formulated Memphis Shelby PAL (MSPAL) to foster the highest standards of excellence through active programming of community service, positive youth development and organized sports under the constructive influence of dedicated officers who serve as coaches, referees and mentors. Even in its’ infancy, Memphis Shelby PAL has enrolled over 600 youth in the program and has registered over 200 volunteers around the city of Memphis. www.memphisshelbypal.org

The most recent of Sgt. Littles endeavors is the “Youth Academy of Dreams,” a compilation of discovery, sports, education and mentoring curriculums servicing approximately 200 youth in the Raleigh/Frayser area. The mission is to provide school-age youth the opportunity to develop their intellectual, athletic and social skills in a challenging and safe environment by bridges the cultural divide of economic and cultural backgrounds.

In recognition of his due diligence, Sgt. Littles has been the recipient of the following prestigious awards:

To continue his legacy and give his innovative perspectives towards the community, St. Littles serves on the following community boards: 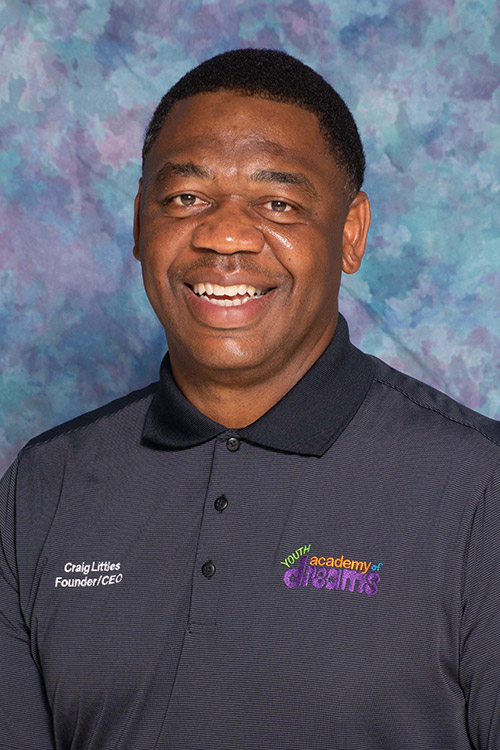 A non-profit organization devoted to ensuring youth reach their full potential by serving as a vehicle to foster excellence.